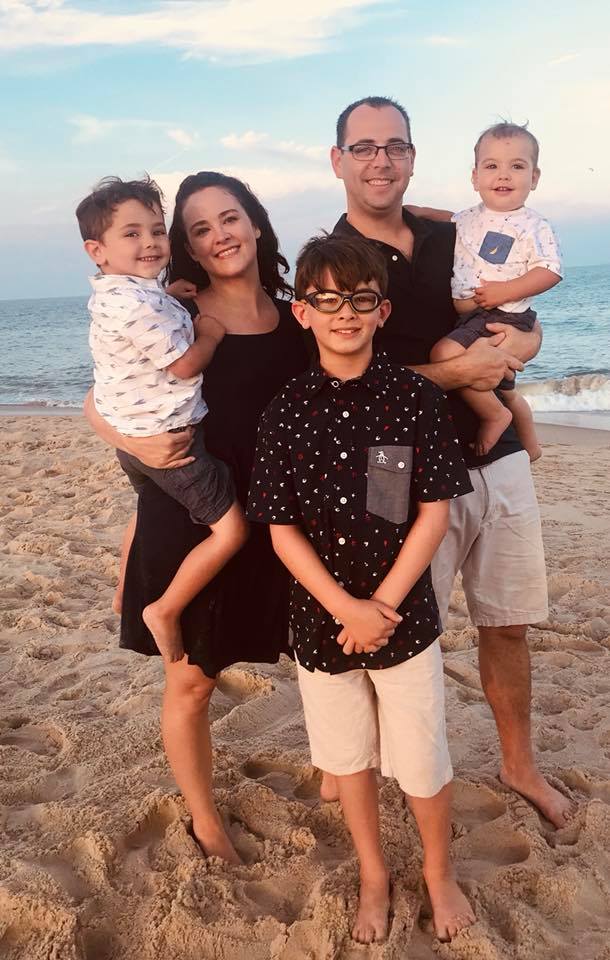 Last week was the unofficial end of summer for my family. We save our beach vacation for the middle of August, which means that when we return home after a fun week away, it’s back to school time. It’s the fastest week of the year for me; time flew by as we slept in, bummed around on the beach, had lots of ice cream and stayed up later than usual.

The best part for me is being a keen observer of how the kids take to the beach environment; the sand, the waves, all the people around them. Desiree and I talk about how amazing it is to watch them grow-up (so fast!) and see how their perspectives on the beach and the water change, not just year over year, but in some cases, from the beginning of the week to the end of the week.

Cayden is the veteran by now. He’s fearless of the water and spends 90% of his time waste deep, either riding his boogie board or diving underneath the threat of large waves.  The water was cold too! But that didn’t matter to Cayden. This same kids that screams at the sight of a small bug, has zero fear of being taken by a wave and crashing hard against the ocean floor. How’s that for perspective?!

Gabriel is our sand kid, digging holes with shovels and trucks and willingly being buried neck high.  He will stand at the edge of the ocean and chase the water as the tide goes in and out. He’s oblivious to all the people that pass by as they walk the coastline. I worry about him running into people all the time. He’s alone in this game of chase against the ocean, as if no one else exists.

Lucas (the child who only started walking in March) was the most intriguing to watch. On Sunday, the water was a huge unknown. He watched the other kids dance and play, but as he approached the edge of the ocean, he found that he wanted no part of this unknown. Regardless, we carried him to the water. He clung to us for dear life. But by mid-week, his intrigue grew and he quickly became a liability! He would dart towards the water, losing sight that the water always comes back at you. How quickly his perspective changed from viewing the water as a threat to viewing it as a game!

As for me, I’m not one for the sand or the water. But that’s ok. As I wrote about Desiree and my trip to Savannah, GA in July, I enjoy this time as an opportunity to reset and recharge and remind myself to keep things simple. I read a book (Red Notice by Bill Browder). I played cards with my parents and siblings. I cuddled kids and watched them play in the water and the sand, all day long, seemingly growing up right before my eyes.

Sometimes we have to take a step back to make sure we keep the right perspective on things. For example, water and sand are better than any toy we’ve ever purchased for our kids (Cayden). And that it’s ok to “live in our own world” and block out what can be negative news or negative people around us (Gabriel). And fear can be overcome by being open-minded and willing to try something new (Lucas). And that love and family are still the most important things in my life (Me).

So while you may be disappointed that your summer has come to an end, I hope you had plenty of time to reset and recharge and review your perspectives too. As life gets busier and busier, I need to take my own advice and “keep the main thing the main thing” – and I hope you do too. Now, bring on the Fall!